The Modern Version of Cuckolding

Humiliation, adventure, shared experince or the ultimate proof of love and trust?

The current conventional description of cuckolding is a man who gets turned on by watching his wife have sex with another man without taking part himself. For example, cuckolding occurs when a married woman has a sexual encounter with another man with her husbands full knowledge and consent and often is present when it occurs. She does it because it makes him aroused and reputedly because he is inadequate in bed himself.

Hot Wifing is a more share experience where one partner, usually the female received the sexual attention and is watched by the other partner but is there to enjoy the spectacle rather than be humiliated. Often this can develop into a three person encounter where the second partner joins in.

“It’s a stress reliever,” “I know my wife loves me, I know she’s not going anywhere, but the idea that I’m not man enough for her or that she has needs I can’t meet, gets me going,” is often cited as the hook.

“It’s atavistic, like, my role as her husband is to give her kids and keep her satisfied, right? But when I’m cucking, it’s taking those expectations and ripping them away. It’s a high like nothing else.’

“I get so turned on watching my partner enjoy the attention. I like to watch their body respond, something that is more difficult when one is actually taking part” 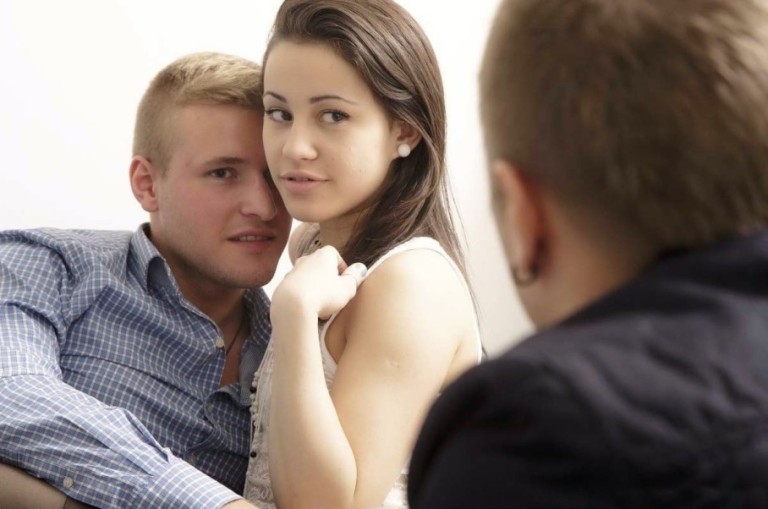 In the fives years that I have been specifically working with couples who want to explore sensual massage and within it the opportunity of the female partner receive the massage while the male partner watches or even takes part, I have witnessed a selection of morticians for this to take place. Although the desire can be strong and maybe even discussed by the couple, they may not have looked deeper as to the deeper motivation for both of them to experience this. Below is a selection of explanations that couples have expressed both from the male and female perspective. Whatever the motivation it is important that both parties are in agreement since if either feels under pressure to be the cuckold or the recipient of the experience, this can create instability in the relationship that may be difficult to repair.

1. I want approval from another man by sharing my partner with him.

When giving a sensual massage to a wife or girlfriend, I often have the male partner ask me if I am enjoying giving her the massage. This seems reminiscent of when the child shared his toys with the other boys to belong to the gang.

4. Lessons from an expert

Often when giving the massage, I can demonstrate techniques on how to create a new and exciting experience for the female partner. Sometimes just one session can make a dramatic difference to a sexual relationship. If sexual arousal has always been of one style, then the female often does not know what she likes or is cable of experiencing. Consequently, she is unable to say to guide her male partner in what to do. By taking an erotic massage in front of her partner, she can have these new experiences in a safe and supportive environment, and at the same time, her male partner can watch and learn what his female partner enjoys. Female partners often say to me after treatment how they experienced arousal and orgasm in ways never before. additionally, male partners express tier surprise at what their female partner has just been able to achieve and enjoy

5. The feeling of pleasure at being rejected

Feeling pleasure at being rejected or left out may appear to be a paradoxical emotion. If a partner has experienced either psychological or physiological deprivation (often in childhood), this creates a childhood experience that they become used to and survives. This can result later in life, an unconscious need to seek out and recreate that emotion. This behaviour is a convoluted process for the husband or boyfriend to feel wanted, needed and loved. For her to have a sexual experience with another man but always return can be linked to the child whose parent criticised or rarely praised and only occasionally gave love. Watching a partner enjoy sex with another person recreates the feelings of rejection. The partner returning after the sex provides relief and acceptance that the child experienced when the parent noticed them.

6. I do it to maintain security.

Case Study – I love watching my wife with many men

Alister was a child grew up in an extreme religious sect where all 20th-century technology, gifts, birthdays etc. were banned. Even having friends to stay was not permitted. He went to a regular school and was surrounded by children who received all these things. As an adult, he was made to have an arranged marriage and then who after catching his wife having sex with the babysitter found that the fact he was not good enough in bed and then watching another satisfy was very arousing. This developed into a necessary part of his sex life when after watching her have sex with other men even in a ‘gang bang’ scenario she would always come back to him after and prove to top him that no matter how many others she was with hw was the most wanted. Needless to say, when the wife started to refuse to have sex with others, their relationship broke down. All she wanted was for her husband to love her and want her exclusively.

As with any fetish or kink, there is always a psychological or basis to the need. If with a partner who wants to experience a particular fetish or kink that does not rock your own boat, then you have a choice. You either reject it and run the risk of forcing your partner to go elsewhere or you take time to understand and explore where these feelings originate from, and then the both of you try to accommodate them within the relationship. Exploring cuckooed with a professional allows this to happen in a safe and supportive environment where there is no risk of the third party becoming emotionally entangled or comparative to the relationship. 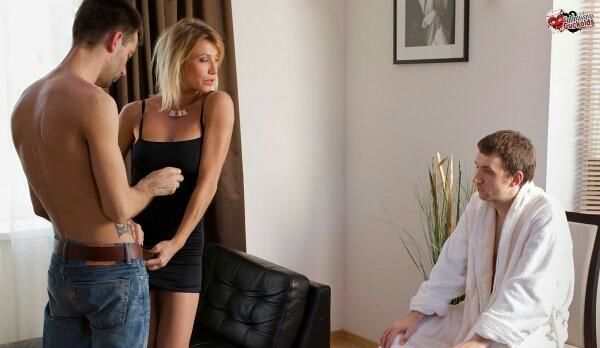 “ I do it for him because I love him and it makes him happy, but all I really want is for him to want me”

“ It makes me feel inadequate because when we ae on our own he can’t get aroused, but when i am with another person he does, so am I not good enough.’

1. Boot on other foot

For a man to understand this from the female perspective can be challenging since in reverse, many men would be ecstatic to be permitted to have sex with another woman with or without their partner watching. But this is very rare. Rarely does female partner enjoy watching her man have sex with another woman unless of course she is bisexual and can be involved herself!

Women fantasise about having sex with other men, and quite a few follow through these fantasies but generally prefer this without their partner being present. Having his watchful eye over the proceedings can be intimidating and distracting.

If the male partner can no longer get an erection when having sex or medical problems, then sex with other men while he is present can be a practical solution and one that still has the male partner feeling involved.

Explore safely within sensual massage with a professional

By exploring ‘Cuckolding’ with a professional, it ensures that the adventure is contained within both sexual and emotional boundaries. There is no chance that the female would become emotionally involved with the provider. It also allows the couple to create the experience they want. If the occasion follows the non-professional third parties

agenda, which if mishandled, it can feel out of control and threaten the relationships stability.

Possible scenarios to try are:-

This is good for:

‘Give Together ‘ Couples Massage

A ‘Give Together ‘ massage is where one partner wants to help give the whole massage to the other partner as 4 hands.