My Top 6 Books About Sex

You are here: Home1 / News2 / Latest News3 / My Top 6 Books About Sex
I often get asked by clients how I have gained my knowledge and skills as a sex engineer and sensual masseur. Of course having worked in this field for over 13 years much of my understanding of sexuality has come from the clients themselves, however, I also read quite a bit and here are some very good books that I would like to recommend to those that are interested. All can be purchased on Amazon.
Here are my top 6 books on sexuality 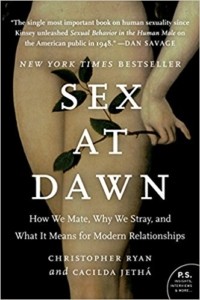 In this controversial, thought-provoking, and brilliant book, renegade thinkers Christopher Ryan and Cacilda Jethá debunk almost everything we know about sex, weaving together convergent, frequently overlooked evidence from anthropology, archaeology, primatology, anatomy, and psychosexuality to show how far from human nature monogamy really is. In Sex at Dawn, the authors expose the ancient roots of human sexuality while pointing toward a more optimistic future illuminated by our innate capacities for love, cooperation, and generosity.A scandal in the best sense. . . . This book takes a swing at pretty much every big idea on human nature:

The Intimate History of The Orgasm 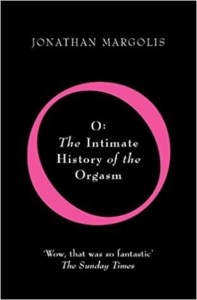 In 1558 an anatomist called Columbus discovered the clitoris, and so a whole new world of sexual pleasure began to be opened up – and it was a steady progress that culminated in the present Golden Age. That at least is the official history. Here Jonathan Margolis produces evidence to show that in Europe and America progress was extremely slow whilst in other places the secrets of the orgasm created almost unimaginable worlds of pleasure. The book will draw on orgasm’s biology, anthropology, psychology, technology and sociology. The orgasm was revered in ancient societies, but by the 13th Century, modesty ruled: St Francis of Assisi would throw himself into a thorn bush to disguise unwanted erections and avoid all possibility of orgasm. Victorians still regarded the female orgasm as a form of hysteria – women were treated for hysteria and, by the 19th century, were strongly advised against riding bicycles for this reason. In Edwardian Britain and America, vibrators were routinely advertised in the respectable women’s magazines as a form of handy household appliance. Margolis considers the revival of open, public interest in sex in the late 1950s, and the effect of the Pill, feminism and Viagra on the state of the orgasm in the 21st century.

Published to acclaim and controversy a decade ago, Sperm Wars is a revolutionary thesis about sex that turned centuries-old biological assumptions on their head. Evolution has programmed men to conquer and monopolize women while women, without ever knowing they are doing it, seek the best genetic input on offer from potential sexual partners. In this book, best-selling author Robin Baker reveals these new facts of life: ten per cent of children are not fathered by their “fathers” less than one per cent of a man’s sperm is capable of fertilizing anything (the rest is there to fight off all other men’s sperm) “smart” vaginal mucus encourages some sperm but blocks others and a woman is far more likely to conceive through a casual fling than through sex with her regular partner. It’s no wonder that Sperm Wars is a classic of popular science writing that will surprise, entertain, and even shock. 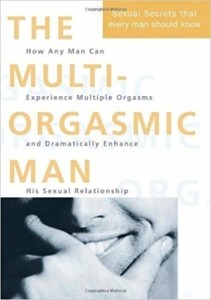 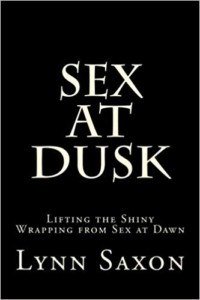 Sex – just what is it all about? Don’t other species just get on with it? What are the conflicts and jealousy, pain and disappointments, really all about? The 2010 book SEX AT DAWN tells us that this modern misery is due to our belief in a false evolutionary story about human pair-bonding and nuclear family units. Christopher Ryan and Cacilda Jethá claim that their evidence shows that before 10,000 years ago sexual constraints did not exist, paternity was not an issue, and men and women engaged in fairly free and casual bonobo-like sexual activity. Our ancestors, they argue, not only shared food, they shared sex. Are they right? Using predominantly the same sources, SEX AT DUSK takes another look at that evidence, fills in many gaps, makes many corrections, and reveals something far less candy-coated. Bringing together evolutionary biology, primatology, anthropology, and human sexuality, SEX AT DUSK shows that, rather than revealing important facts about our sexual evolution, Sex at Dawn shrouds it in a fog of misinformation and faulty logic that can only lead us further into the dark. 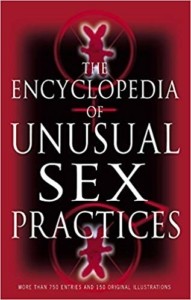 Filled with more astonishing facts than most people could ever have imagined, the ENCYCLOPEDIA OF UNUSUAL SEX PRACTICES presents a unique guide to human sexual expression, from the mildly kinky to the truly bizarre. From Acrophilia (being sexually aroused by heights) to Zelophilia (being aroused by jealousy) via such arcane pursuits as furtling, nasophilia and felching, the ENCYCLOPEDIA OF UNUSUAL SEX PRACTICES contains information sometimes repellent, sometimes stimulating – but always absolutely fascinating.

Sex With The Ex
Scroll to top